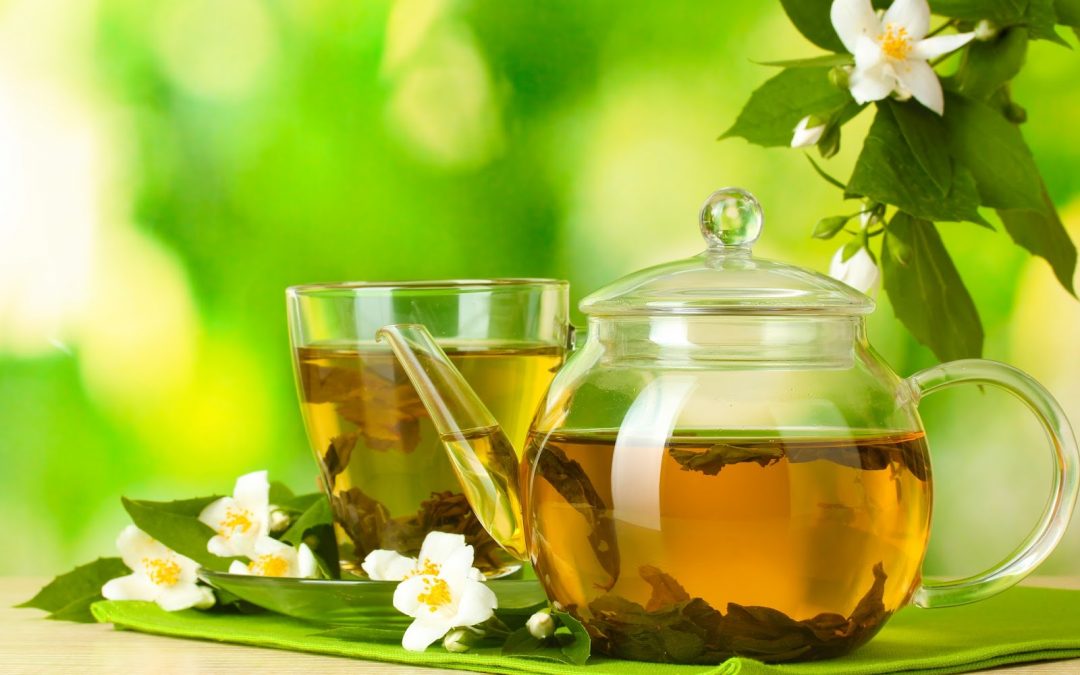 Green tea is becoming popular day by day with so many new health benefits like fighting cancer, HIV, Asthma, Liver disorder, Heart disease and many more. But here I will limit myself on explaining its benefits as an antioxidant and weight loss agent.

Green tea, black tea, and Oolong tea have one thing in common: they all come from the same plant, Camellia sinensis. The only difference between them is that green tea is produced by steaming and drying the leaves while the black tea is produced by withering, rolling, fermenting and then drying the tea leaves. As the green tea does not undergo the fermentation process, its active ingredients remain largely untouched and hence regarded as most potent form of tea.

Green tea and weight loss:
Many studies suggest that green tea extracts may boost metabolism and help burn fat. One study confirmed that green tea improved weight loss and helped maintain weight in overweight persons and in obese individuals. Green tea prevents obesity by stopping the movement of glucose in fat cells. If you are on a healthy diet, exercise regularly and drink green tea, it is unlikely you’ll be obese.
Researchers found out that substances in green tea known as polyphenosls, specifically the catechins, are responsible for the herb’s fat-burning effect. polyphenosls have been noted to promote weight loss by increasing the metabolism of fats by the liver, inhibiting lipase (fat absorption enzyme) in the digestive tract, and providing a feeling of fullness. Catechins do not function as a stimulant.
Another study said that green tea helped you burn 70 calories a day in normal individuals. That is about 7 pounds of fat a year.

Green Tea The Powerful Antioxidant
Antioxidants are substances that scavenge free radicals — damaging compounds in the body that alter cells, tamper with DNA (genetic material), and even cause cell death. Free radicals occur naturally in the body, but environmental toxins (including ultraviolet rays from the sun, radiation, cigarette smoke, and air pollution) also give rise to these damaging particles. Scientists believe that free radicals contribute to the aging process as well as the development of a number of health problems including cancer and heart disease. Antioxidants such as polyphenols in green tea can neutralize free radicals and may reduce or even help prevent some of the damage they cause.
The antioxidant in green tea is 100 times more effective than vitamin C and 25 times better than vitamin E. This helps your body at protecting cells from damage believed to be linked to cancer.